Cape Reinga and Back 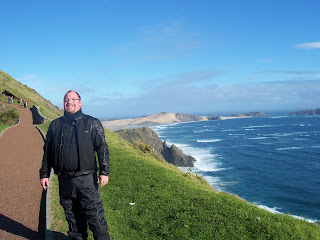 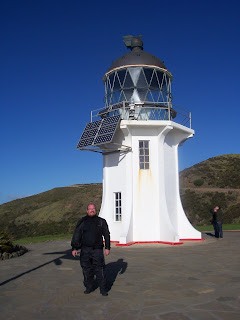 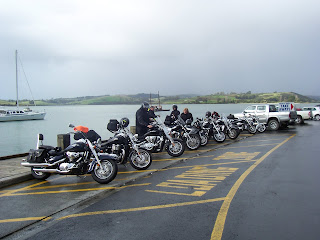 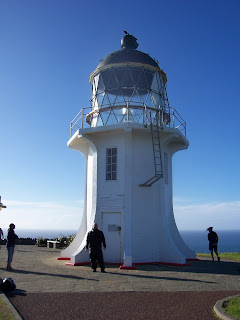 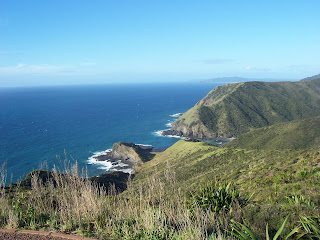 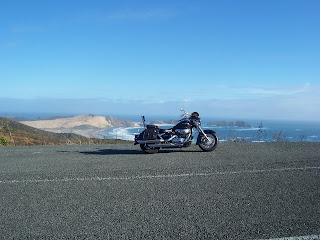 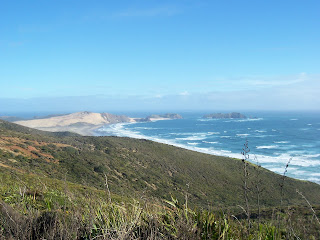 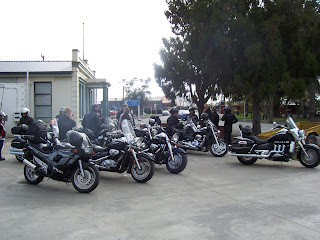 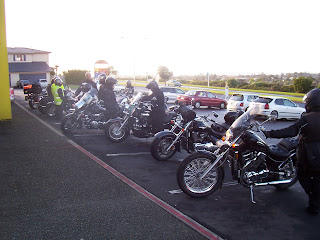 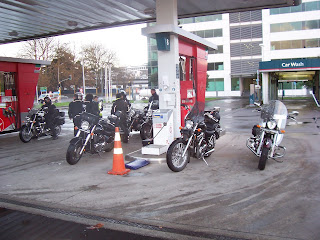 Another awesome weekend on the bike. :)

This weekend had been planned for a while by the Kiwibiker Cruiser Group on the kiwibiker site. (www.kiwibiker.co.nz - thanks Scottie!) At about 7.45am on Saturday morning we met at the Fanshawe Street Caltex for the ride briefing.

The weather forecast was ominous and as we threw back our coffees the rain began, however by the time we had picked up a couple more bikes in Orewa and just north of Whangarei the weather was great.

The plan was to head all the way to Cape Reinga (the northern most point in NZ), then make our way back to Kaitaia where we had arranged accomodation for the night. We were hoping to make it back before it got too dark.

We had a lunch stop in Kawakawa on the way up and we actually made really good time.

From Kawakawa we headed towards Kaitaia and briefly stopped to refuel again, then it was on to the Cape. The weather in the Far North was simply brilliant, the only thing being quite a strong wind. Once we arrived at the Cape I made the trek down to the lighthouse (you cant come this close then not go to the lighthouse!)

The surrounding landscape reminded me of the desert road near Waiouru - quite barren with a real sense of remoteness. The ride back to Kaitaia was stunning with the wind and sun behind us and we quickly covered the 100odd km's back to the motel.

It was then time for a quick shower and a few pre dinner drinks and a lot of laughs. After a lovely dinner and a few more drinks :) it was time for a decent sleep.

Sunday saw us head off round the coast and our first stop was Mangonui for Brunch - once we had our caffeine and food intake we set off - I was given the job of leading the way and I set off through some very wet roads.(At this point I just want to say that I have real respect for our guys like Rob and Kevin who usually lead these larger bike groups - its actually a bit nerve racking been in the front - especially with wetter roads - it seems a lot more stressful than if theres only three or four of you on the journey) After one further stop at Keri Keri we headed towards Whangarei for another fuel stop.

At this point Kevin kindly took charge and we headed towards home. On the journey from Whangarei to the Brenderwyns the wind was gale force and I was thankful for having a big bike because we were literally being blown sideways.

After a shandy at the Puhoi Pub we all went our separate ways to head home to put our feet up!

A great weekend and a further 850+km added to the tripometer! In total we had 10 riders who went all the way :)

Will rewrite this once Ive had a bit of sleep :)

Thanks guys. (Route Below)