For the first time in a number of years I was really hanging out to be on holiday. It has been an interesting year to say the least and although I have had steady work through the year, I am quite relieved to get to the end. So, I've put a "closed for the season" note on my email, an "out of office" note on my phone and Im really going to take some time out this year to look at where I'm heading and where I want to go.

I am actually taking nearly six weeks off which includes two motorbike trips - one next week to New Plymouth and Rotorua (see earlier post) and one over the New Year around the East Cape - I did this trip last year and it is a real blast; then in January I jump on a plane and meet my partner in Hong Kong where we will have a few days then across to Thailand for a few days on the way home. This will be the first time I have taken so much time off but I've been hanging out for it!

So, hopefully the severe weather warnings over the next couple of days will either blow away or blow themselves out before I jump on my bike on Monday and head to New Plymouth. Either way, Im going! One of my friends is coming too on her sport bike with her daughter on the back so it should be heaps of fun!

I have also added "Networked Blogs" to the links on the left so you can follow this blog on facebook. If youre one of the two or three people who actually read this already, you dont need to  :)

So, rain rain go away and bring some summer sunshine! 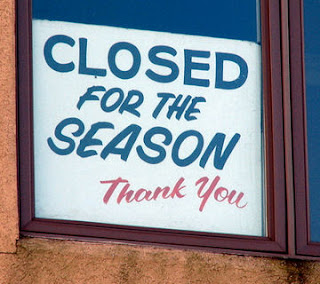 Have a great break Nick and be safe on those roads, especially from idiot cagers with their brains at half mast.

Thanks very much Geoff. You have a great Xmas too. :)

Have a great break, Six weeks is fantastic. Looking forward to reading all about it, so from Terry and I all the best.

Six weeks? Wow! Green with envy. Make sure to have a blast, and keep the shiny side up. Happy holidays, indeed!